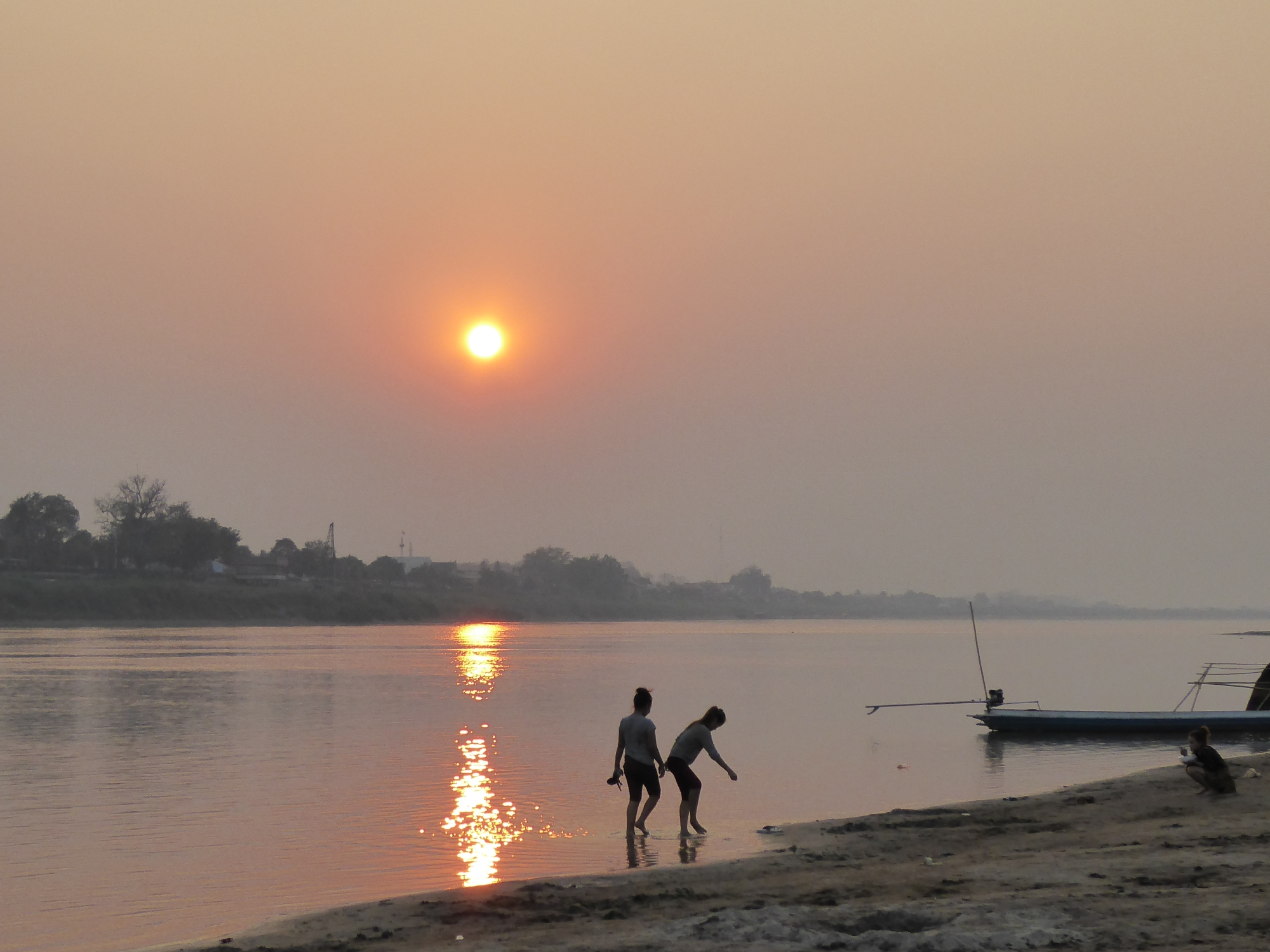 Vientiane – quite possibly the easiest, friendliest, fastest place to get a visa. I initially went to the Myanmar embassy just to make some enquiries about the types of visas available, but after meeting the lovely staff, flicking through the very complimentary guest book and learning that it is perhaps twice as expensive in Bangkok, I decided to prolong my stay in Vientiane and sort it out there. The experience was not without it’s share of breath-holding:

“Do you have the address of your organisation in Myanmar? … they’re not based in Myanmar? … oh, okay.” (Disappears back into the office).

“Do you have your NZ identification card? … no? … oh, okay.” (Disappears back into the office).

The rest of my time in Vientiane was surprisingly pleasant. I had tried to bypass this place based on fellow travelers’ recommendations, but I’m so glad I didn’t. It provided a nice reprieve from the bustling Thailand with its relaxed, slower-paced style of living, despite being the capital city. Sunset on the Mekong river was spectacular, followed by public exercise classes against the backdrop of a gently flowing river and mega-bassed dance tunes, as were the many wats (called vats now that I’m in Laos), not to mention the cafes, particularly Le Trio cafe with its in-store roastery. I also managed to find a few interesting people to share stories with over dinner – company!!

Oh, I also had one “learning experience”. Being a rather budget conscious traveler, I decided to try and avoid the travel agent’s fee when purchasing my bus fare north to Luang Prabang. I had hired a bike for the day so set out to find the northern bus station. TWO hours later (in about 35 degrees heat) I found it, after receiving opposing directions from various locals. I purchased a ticket for 150,000kip for a sleeper bus (more on that later) to Luang Prabang and headed back into town. The travel agent was charging 170,000 – 175,000 kip so yay, go me – 20,000 kip saved. This pleased-with-myself feeling quickly died when I realised that I had to get to the bus station with my pack later that evening. All of the less ambitious people who had used a local travel agent were to be picked up from their guest house and transferred to the bus station by a local taxi. Me? Well, I had to find my own way, a tuk-tuk being the cheapest option at 50,000 kip (after a fair bit of negotiation). Lesson learnt. I’ve since made use of guest houses and travel agents for most bookings!

One last highlight was a visit to the COPE centre. During the time of the Vietnam war it is estimated that more bombs were dropped on Laos than were dropped on the whole of Europe during World War II. Many cluster bombs were dropped (large casings full of heaps of mini bombs) and apparently at least 30% of these did not explode and were left lying around in Laos countryside. As a result, there have been ongoing incidents of people being injured or killed post-war from accidentally stumbling across the unexploded ordnance. The government is working hard to clear areas of these bombs, but it’s a painstakingly slow process – they manage about 40 kilometres squared a year (out of a predicted 87,000 kilometres squared). Anyway, the COPE centre was established to help rehabilitate those who have been injured. They create innovative prosthetics for the injured and provide ongoing support. It was such an interesting place to visit. 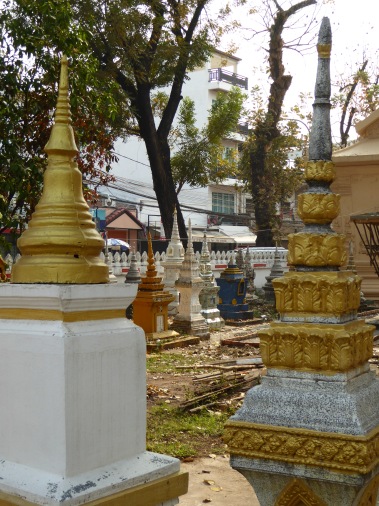 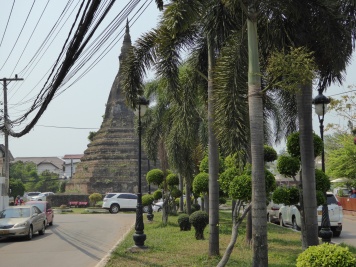 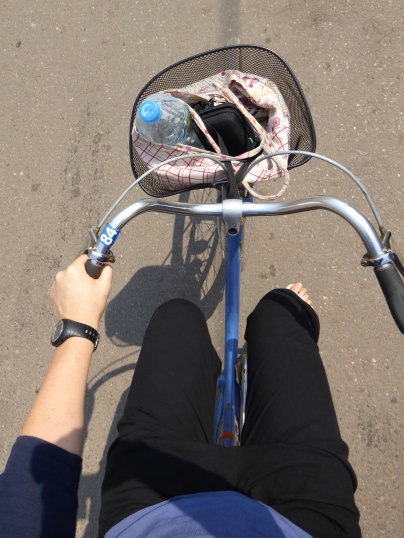 Mode of transport for this city

On the banks of the Mekong

Some rough roads around here

2 thoughts on “Visa in Vientiane”